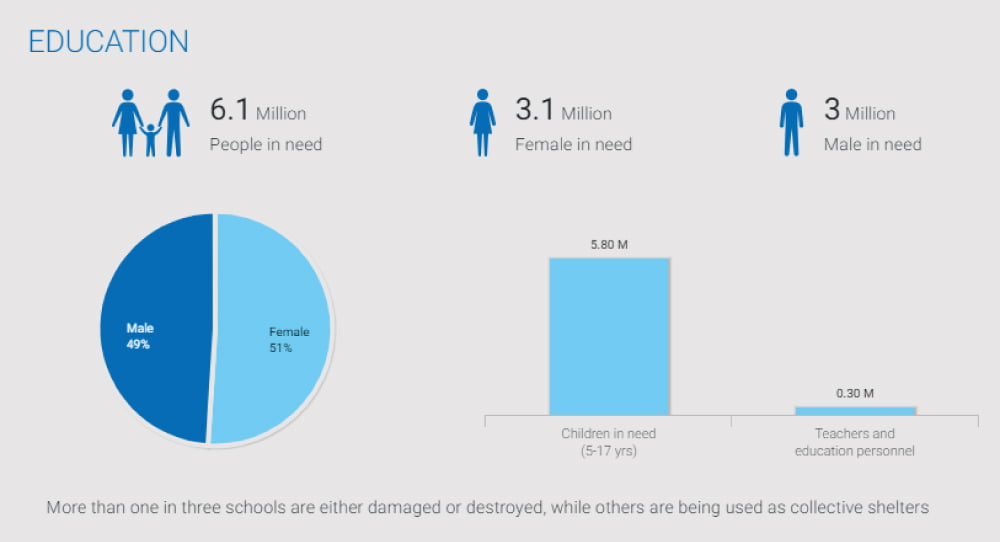 As the crisis enters its seventh year, there are now 5.8 million children and youth from pre-school to secondary-age (including more than 100,000 Palestine refugee children) and over 300,000 education personnel in need of education assistance inside Syria. Around 180,000 education personnel, including teachers, left the education system, which has negatively affected the quality of education for all children. Hostilities have seen over one in three schools damaged, destroyed, no longer accessible or occupied for shelter and other purposes. Education in camps continues to be underserved. A recent assessment of 171 camps found that 74 per cent of camps and settlements have no education services at all. The vulnerability of school-age children with no access to learning opportunities has increased over the almost seven years of the crisis, putting children at higher risk of being exposed to exploitation, abuse and rights violations.
HALUAN's Response
HALUAN takes the initiative to assist the education of the Syrian children. InsyaAllah, the Syrian Community Educare Center in Sanliurfa, Istanbul will be set up to provide alternative education to the Syrians. Not only the children who will benefit from this, even women and youth.

Those few ringgits can make a huge difference to the life of the people who are truly need. Donate Now. Get Involved. Every Ringgit Helps.